New viral video opens up the question, “Is Tom Cruise running for President in 2020?”

SALT LAKE CITY, UT, August 16, 2019 /24-7PressRelease/ — For decades, we’ve seen stars like Josh Brolin, Richard Prior, John Travolta & Alec Baldwin play US presidents for laughs. Political comedies like Wag The Dog, Primary Colors, The Distinguished Gentleman and Dr. Strangelove have all mocked some of the inherently ridiculous contradictions that riddle our political system.

But after the chaos and confusion of the 2016 election, the laughs don’t come so easy any more. Seen in this new light, #RunTomRun is more than just a silly goof, or a clever marketing campaign for its creators – it also highlights a problem within US politics.

RunTomRun, visible at http://www.runtomrun.com, is a spoof campaign video proposing Tom Cruise for President, is rocketing up the Youtube rankings, collecting 100,000+ views in less than 24 hours with no signs of slowing down. It’s a fun and lighthearted 2-minute trailer-style comedy clip, that’s also got people talking about some serious issues in our political system.

The issue in 2019 is that a Tom Cruise presidency is no longer completely outside the bounds of plausibility. And if Cruise were to run, mining his back catalogue of hit movies for campaign ads would be a solid strategic move. Because in today’s US political climate, nothing is surprising any more.

Celebrity’s hypnotic power can carry the day even if a candidate has no relevant experience or policy knowledge. Consider:

Actor Arnold Schwarzenegger was a 2-term “Governator” of California
– https://en.wikipedia.org/wiki/Political_career_of_Arnold_Schwarzenegger

…and needless to say, President Trump’s pre-existing celebrity status was a huge part of his 2016 campaign platform – name recognition has repeatedly been statistically proven as an important deciding factor in election contests.

So when the #RunTomRun video was released it’s no surprise that some people asked:
“is this real life?”, only later to realize it was a parody video.

What’s not funny though, is the political climate that gave birth to the humor within that video.

“Apart from being hilarious, #RunTomRun works because it sucks you in with fast paced bombastic action, getting you so hyped up that you suspend your critical mind for the first 20-30 seconds, before coming to your senses about what this is.

A big part of that sense of disbelief is due to the quality of the content. The video itself is sharply scripted and uses visuals with a clever knowing wit that mashes up political and movie tropes we all recognize.”

Burton then went on to say:

“It’s no mystery why the clip racked up over 100,000 views in less than 24 hours and is now trending all over. But it’s worrying that something so fantastical feels almost normal and believable like that.

I watched it spark a discussion behind the scenes, on internet marketing Slack channels and message boards. And it does make you think.”

It even seems that political antics are spreading globally.

The election of Boris Johnson as UK Prime Minister is another instance where name recognition, personal charisma and media celebrity have triumphed over seemingly old-fashioned concerns like fitness and suitability for the job.

Here is a man who for many years was publicly and repeatedly derided in the press as an unserious dabbler, poorly equipped for a leadership role. Boris himself once joked that no one would vote for “a prat who gets stuck on a zip wire” after a James-Bond-style publicity stunt went embarrassingly wrong for him in 2012, leaving him hanging in the air limply waving two British flags.

Johnson has repeatedly made public gaffes and insensitive comments – offending citizens and voters. Further, personal controversies surrounding his multiple divorces and rumored infidelities have been tabloid fodder for years.

Yet once again, when Britain was in a time of deep crisis after Prime Minister May resigned this year – Boris was able to secure the top leadership position primarily because he was the most famous face among the candidates.

And maybe that’s why the video seen on http://www.runtomrun.com is such a hit – because in chaotic times where it seems there is darkness all around, our need for levity and cheer is at its greatest.

Miles Fisher has brilliantly tapped into the political moment with this impersonation by subtly referencing one of Tom Cruise’s standout career performance as the smooth but cynical pickup artist and dating coach Frank T.J. Mackie in the 1999 movie Magnolia.

That kind of glib, say-anything-to-win, sociopathic persona looms large over 2019 politics, which is what makes #RunTomRun equally compelling for both its’ lighthearted jokes and a bit of more serious social commentary.

Since 2007, SEO National has helped businesses all over the country and internationally use search engine optimization to increase revenue. Their SEO strategies focus on more than just rankings. Page 1 of Google – that’s fantastic. But the real goal is adding dollars to customer bank accounts. 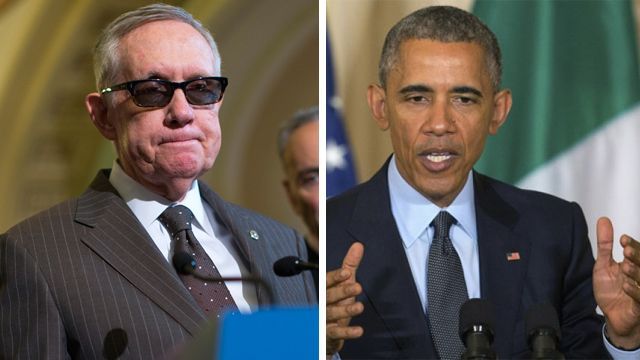