ORLANDO, FL, April 09, 2018 /24-7PressRelease/ — According to a January 2018 Seyfarth Shaw LLP report titled “2017 Patent Litigation: A Statistical Overview,” the past 5 years have seen a “significant increase” of patent litigation cases filed with the Patent Trial and Appeals Board (PTAB) and the Court of Appeals for the Federal Circuit (CAFC). Last year the United States Patent and Trademark Office (USPTO), itself, published its own report citing a “drastic rise in patent litigation” that also referenced a USPTO working paper ominously revealing that “economists, legal scholars and policy makers are concerned about the impact of patent litigation on the rate and direction of U.S. innovation and on the functioning of the U.S. intellectual property system.”

These and other factoids make clear that patent infringement is alive and well in the United States, most often to the financial dismay of patent-holders who spend untold hours and egregious sums of money trying to protect their intellectual property—and the marketplace edge often reliant on those assets.

However, what if rather than issuing the knee-jerk Cease and Desist and otherwise going the exhaustive and expensive litigation route attempting to prosecute inadequately responsive offenders, patent owners instead strategically engaged said offenders in ways that actually boost their own bottom lines, accelerates growth, raises capital, and expands market share? While this might sound like a far-fetched notion, it’s exactly what Tim Murphy, Chief Executive Officer of Rebounderz Family Entertainment Centers is doing…and with tremendous success.

Having serially found himself in situations where other competitive businesses were utilizing industry-leading materials and methodologies for which he and his company held patents, Murphy took a surprising, gutsy and rather ingenious approach. Rather than litigating with the sole intention of shutting down the offenders or certainly their use of his IP at the very least, Murphy instead adopted a strategic partnership mentality, enforcing his patent rights in a way that’s earning his company significant ancillary revenue streams and hastening corporate growth.

As Murphy puts it “while we’ve found it highly prudent to work with infringing organization as strategic partners and settle patent disputes through lump sum or monthly payments in order to reduce ongoing legal costs for both parties, there are some instances where it’s necessary to use legal means to make patent infringements work in your favor and benefit the public. For example, although infringers hurt Rebounderz by diverting consumers and depressing prices, Rebounderz’ patented technology is desirable for the public and for its competitors because it increases user safety and reduces repair costs. Rebounderz is willing to consider licensing its patents, which allows Rebounderz to recoup its investment while the public benefits from safer features encompassed by the patent.

Some businesses and manufacturers will claim to have patents pending, however all too often these companies only have patent(s) ‘pending’ that are actually infringing on perfected patent claims. So be sure semantics isn’t getting in the way of everyone’s clear understanding of the legal situation. To allow us to focus on what we do best by running Rebounderz Family Entertainment Centers, we have employed legal finance companies to help us go after some rather large and small company patent infringers including: Aerosports, AirU, AirTime, Altitude, Boing, CircusTrix, Jump Air Zone, Max Air, Planet Air Sports, Rockin Jump, Sky Zone and Velocity who have used our patents in most, or all of their locations.

Additionally, Tim is an international keynote speaker, best-selling author, has a MBA in Finance, and an undergraduate degree in Accounting from the University of Central Florida. And over ten years ago, Tim set out on an “eat less, move more” journey. He lost 50 pounds by eating well and running 19 marathons, which all helped him on his path to Rebounderz, where fitness is part of the fun! 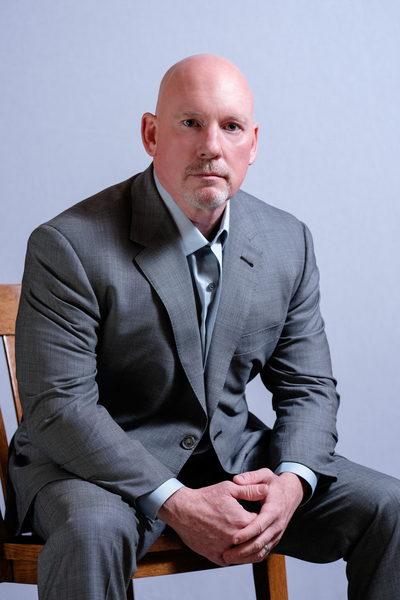