Copenhagen, Denmark, November 23, 2017 –(PR.com)– Imagine you can share your online content with everyone without being limited by friends or followers lists. Now imagine making money for these posts. Posts you would create, regardless if they were for sharing information and news.

Welcome to the Sola app, where you don’t have to worry about how many followers you have as there is no such feature – so everyone has equal chance to get attention by creating quality content.

The Sola app is a gateway for users to engage a large audience to the platform and it is the first app in the Sola ecosystem. The Sola app grew out of Plague (aka Plag), which launched in 2014 with the idea to create a decentralized social and information network where information could spread among users like a virus. Sola is an evolution of this service and has inherited Plags’ data, audience, interface, and logic.

Sola created a simple, user-friendly app that is meant for everyone who is interested in posting quality content, looking the others' posts and even making money out of it. While other competitors are using traditional feeds, Sola has taken an innovative approach and uses a "stack of cards" interface instead. This way the user can always see only one card at a time and is able to switch between cards by endorsing or ignoring it (swiping up or down). Endorsing a card helps it to spread across the network as the endorsed cards are shown to more users and will let the user who posted it to earn SOL tokens.

In Sola, everyone can see everyone’s cards, it’s not limited by friends or followers as it is in most of the social networks. When a user posts something it will be sent to the nearest users who can either endorse it and spread it further, or ignore it. That makes everyone able to get their posts popular and make them go viral. So all a user has to do is to post quality content and wait for the responses.

What makes the Sola app stand out from other social networks, even more, is the users’ ability to make money through their posts. Every user gets a daily allowance of internal virtual currency – Action Points. A user can spend their action points on their own creation (for posting cards or comments) or endorse other users’ content.

Action points don’t have monetary value until they are transferred to another user by endorsing their card or comment. Transferred action points are converted into Solas’ universal cryptocurrency – SOL. That makes the Sola not just an entertaining app to spend time on but also a real and easy way to make extra income.

Supported by OpenLedger, the Sola ITO starts on the 27 November and lasts until the 22 December 2017. For more information, please visit https://sola.foundation 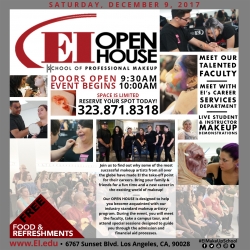